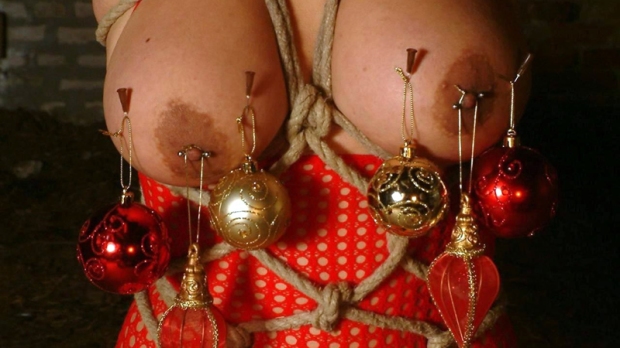 I always go home to my mum’s house for Christmas and the only difference this year is that I travelled with my sister, for those that aren’t aware my sister had some trouble in her life and ended up moving in with me earlier in the year so it made sense to go home together.

Another year, in fact I think this was last year, I knelt on the piss soaked floor of the train toilet and thoroughly cleaned the toilet bowl (inside and outside) with my tongue whilst a butterfly vibe buzzed against my pussy. I think when people tell you to do that or read about it they don’t actually realise how much strength and self control a submissive has to have to force themselves to do that, to lick a strangers piss and pubic hair off a public toilet and swallow it.

Anyway, Christmas was really good and relaxing and I had a lovely time with my family. However during the time between my days in the room and Christmas I’d become really close with Miss Fiona, we’d spent a lot of our time together and things between us had really started to build up fast. So the time apart from her felt really strange and that’s when I started to realise how strong my feelings for her had become.

I really think it happened during the week in the room, no one has ever done anything like that for me before and the amount of love I felt from her at the end of it really affected me. We spoke for over two hours on the phone on Christmas day (much to the amusement of my mother and sister) and we arranged to have “our Christmas” on the 28th.

I bought her a few nice vanilla presents and a couple of less vanilla ones, she bought me a personal shopper experience in the Angel Suite at Victoria’s Secret in London with a very generous budget! It’s an amazing gift and the only caveat is that she has to come with me and will have final say on what I buy, I can live with that!

After the present giving she sat me down (on the sofa, I’m usually on the floor!) with a glass of wine and told me that she had been thinking about it a lot, especially over Christmas and that she wanted to officially collar me. I’ve had this conversation before (obviously) and it’s always a strange one because despite the dynamic you are already in this conversation has to be had on an equal footing.

If you’re thinking about the contract negotiation scene from fifty shades (haha) then don’t, it wasn’t in any way like that! We discussed what we would expect from each other and sort of agreed terms, but not like a negotiation, more like two people talking about what they want from a relationship and making sure they both understand where they stand in it.

It was a really good conversation and I think it helped us both put our doubts and concerns about each other to rest. Once all that was out of the way Miss Fiona quite excitedly told me that she wanted to have a collaring ceremony! Nothing crazy just some of our friends coming round for a dinner party with my formal “Collaring” taking place during the evening.

This is something I’ve never really done, not so formally anyway. It sounded like fun though so the date was set for New Years Ever, in attendance would be Miss Hannah and her sub, Sir Davis and his sub Sophie (you don’t know about these two yet but you will when the relevant post goes out, Sophie is the girl I taught lesbian sex to!) and Miss Fiona and myself. Miss Fiona would host the event at her house and arrange everything.

I’m going to write about the events of that evening in my next “non-sex” post next week, I’m hoping by making these posts shorter but more frequent I can keep up the increased post rate that I promised!

Thank you to all the new people who have followed my blog recently, it really makes it worthwhile when I look at the stats and see that people are actually reading this stuff, and thank you for the comments as well, I love reading them and replying so keep them coming.

If you are on twitter I’ve started doing that a bit more, my username is @painslutlois, and if you like tumblr then I also have a blog on there where I mainly repost things that I like and sometimes post a picture of myself!